OUR BLOG
You are here: Home1 / OUR BLOG2 / Crane Careers3 / Crane Operator Classes in New York 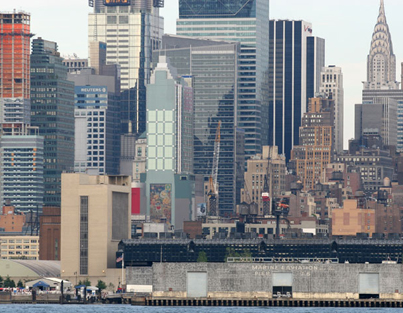 Crane Operator Classes in New York Help You Get Your Foot in the Door!

Crane operator classes in New York can put your annual salary over $500,000. That’s according to a report in the Wall Street Journal. The WSJ discovered that many of the 6,000 plus union crane operators in the Big Apple were making $500,000 or more per year after wages and benefits were added up. In fact, the average salary for a crane operator in New York City comes in at just over $82 per hour!

That’s the highest in the nation!

But you need the skills to get the job. New York requires crane operator classes and NCCCO Certification for all crane operators union or otherwise. Thankfully, that process may soon become easier than ever. Governing agencies in New York are considering changing regulations so that NYC crane operators would only have to pass standardized national tests in order to work in the city. That would open up the thousands of crane operator jobs in NYC to workers from outside!

At Nationwide Crane Training we’ve been providing the highest quality crane operator classes in New York for years. Our individual and group rates are competitive and the instructors are industry insiders with real in-crane experience.

We have the highest pass rate of any training agency and our instructors work hand-in-hand with students to ensure every one passes the written exam.

Call or Click Here to email us.
School For Beginners

Crane Training for Jobs in California
Scroll to top
Login
Lost Your Password?