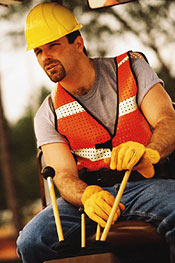 Early this spring, new OSHA regulations went into effect which changed the certification process for certain types of crane operation across the board. While the regulations were inspired by the differences between crane types (mostly defined by capacity) industry insiders aren’t happy. The regulations require yet another level of testing but shift the focus from qualification of operators to simple certification—leaving many to ask: “what’s the point?”

In early April, industry experts were invited to air their concerns about these new OSHA regulations during a three-day series of public meetings at the Department of Labor in Washington, DC. The event yielded an impressive turnout and opened up the issue at the heart of the regulations: operators need to be qualified to handle these types of cranes and simply earning certification doesn’t demonstrate that.

Even the representatives from the C-DAC, which had initially asked OSHA to adjust certification and training requirements, say the organization may have gone too far. “If capacity is so important, how come the other three options OSHA has identified as meeting crane operator qualification requirements don’t mention it?” said Robert Weiss, C-DAC member and President of Cranes, Inc.

Nobody at these meetings disputed the value of certification but the multiple levels of testing now required by OSHA were deemed excessive. And the new OSHA regulations don’t seem to place enough emphasis on qualification. Indeed, industry experts worry that such ramrod certifications could lead to under qualified operators at the controls nationwide.

Already cranes contribute significantly to the danger at jobsite around the country. OSHA stats show that crane accidents kill an average of 50 workers each year and cause hundreds of thousands of dollars’ worth of damage. These accidents are, for the most part, preventable with the majority being caused by improper rigging, improper site surveys, and failure to account for environmental hazards such as power lines. It’s clear that proper training and operator qualification is the way to go. However, OSHA’s new certifications requirements don’t seem to fit the industry as a whole. Yet until the regulations are revamped, the industry must abide by them.

Fortunately, Nationwide Crane Training continues to offer both qualification and OSHA approved NCCCO certification so attendees receive the best possible training. Their experienced instructors have decades’ worth of experience behind the controls of cranes of all sizes and provide real-world knowledge. In addition, NCT’s 3-day classes include practical, hands-on training that’s geared to get operators to a level of proficiency that meets or exceeds OSHA and NCCCO standards. Flexible private classes are available on-site and open-enrollment classes held regularly at central locations nationwide.